How does it work?

This feature is implemented thanks to the OpenFlow v1.1 protocol: an OpenFlow controller, in XO's SDN Controller plugin, sends OpenFlow messages to a XCP-ng's OpenVSwitch (virtual switch managing the traffic for the host and its VMs).

An OpenFlow message allows the controller to add/modify/delete traffic routing rules, this is how we can enable or disable part of the traffic on a VM VIF.

OpenvSwitch is the virtual switch of an XCP-ng host, it can have a manager and a controller. The manager will use OVSDB to manage the switch bridges, ports and interfaces, the controller will control the traffic thanks to OpenFlow messages.

The plugin needs to do both, here's how it's done: 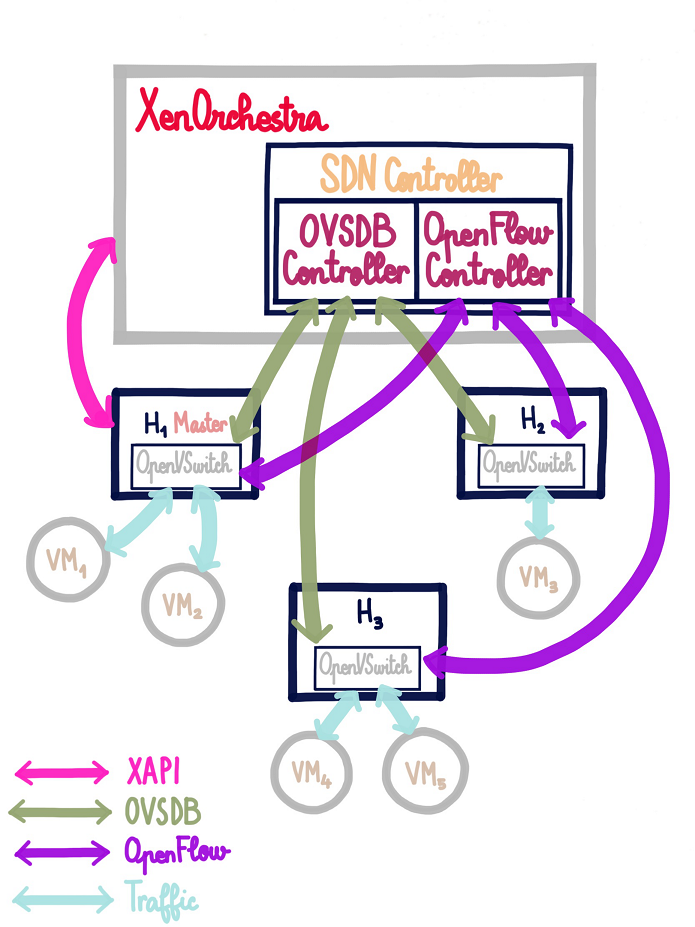 The need for OVSDB is the reason this feature is added to the SDN Controller plugin instead of a new one, the OVSDB protocol was already immplemented for private networks creation in it.

Once the plugin has control over the host's OpenVSwitch its time to control the traffic by sending OpenFlow messages giving rules to apply for specific parts of the traffic to OpenVswitch.

Here's an example of an OpenFlow rule:

This means to drop any traffic matching all the following conditions:

In the VM network tab of XO, a new column has been added to the VIF list: this column allows to view the existing rules and to add one. 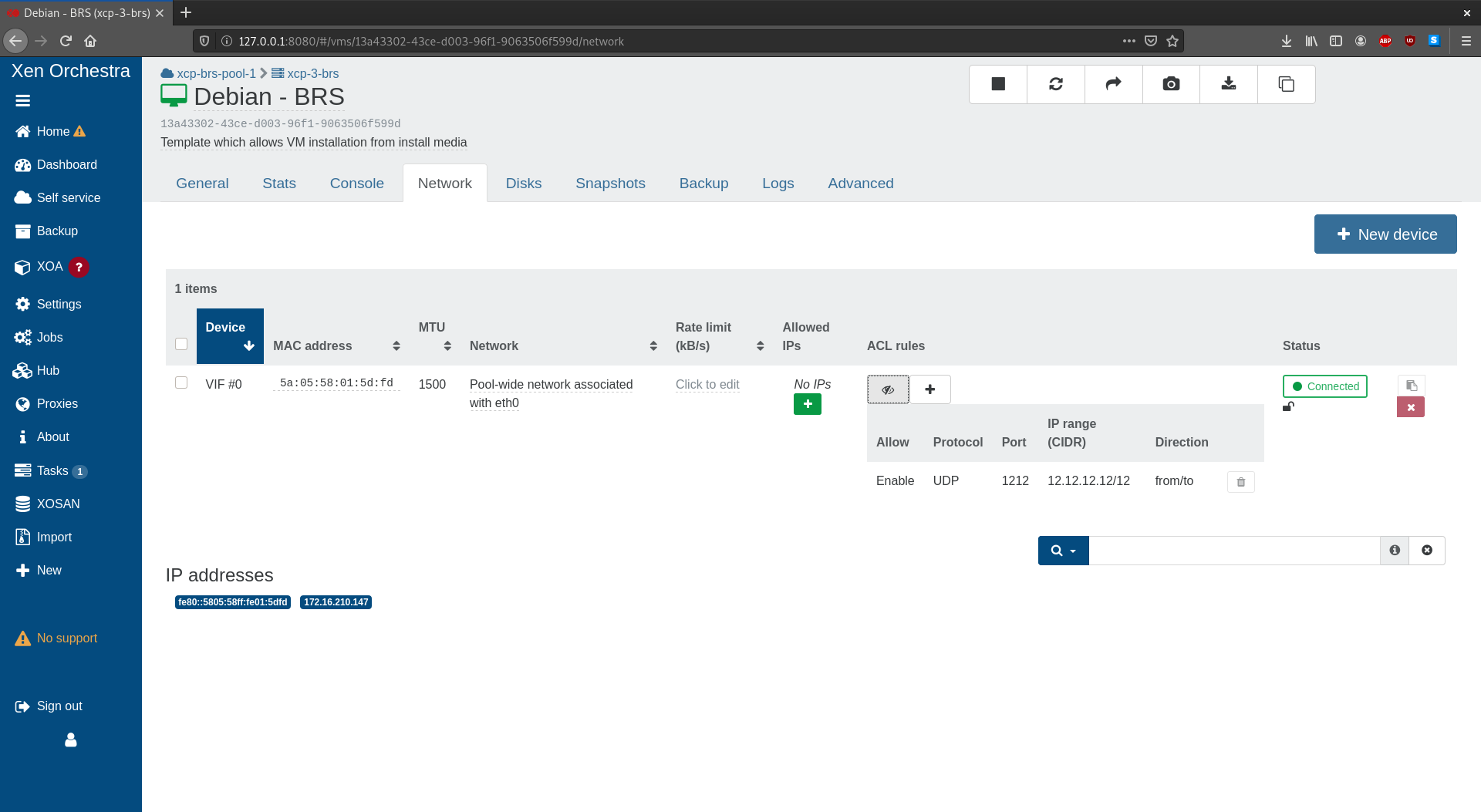 When adding a rule, you can choose to: 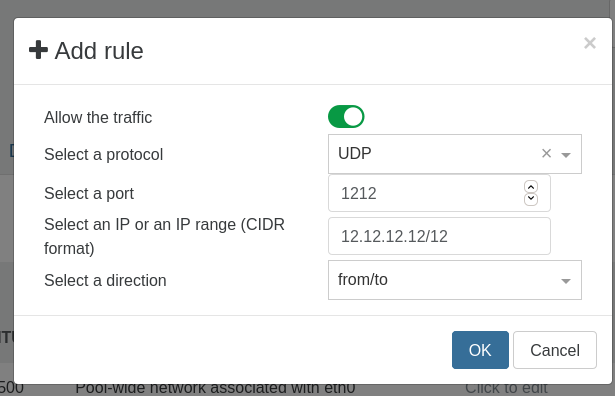 The feature will be released with version 1.0.0 of the SDN Controller (coming soon!). An XCP-ng update will be provided as well for XCP-ng 8.X, it will open the OpenFlow port (TCP 6653) when a SDN Controller is set and close it when there's not:
yum update xapi-core xapi-doc xapi-tests xapi-xe --enablerepo=xcp-ng-testing

For our own requirements, we had to build a JS library from scratch, because any other we found were at least very incomplete or simply broken.

If you are interested to get it available in a dedicated repo (eg for your own project), let us know!

For now rule can only be applied to a VIF, in the future (probaly with XO6 new design) rule could be added to more levels (VM, Network, Pool, All pools) to have more complex set of rules.

At the moment the pre-configured protocol are: IP, ARP, ICMP, UDP and TCP. More protocol can be added to ease the use instead of having to specify the port.
For instance: