The SDN Controller is an XO plugin allowing the creation of private networks connecting all the hosts and VMs of a pool.
It is described in its dedicated DevBlog. To give a quick recap: the private network is based on a star topology connecting the hosts with tunnels (either GRE or VxLAN according to the user choice). The SDN Controller also monitors the hosts and VMs to maintain the network.

With this coming update, the SDN Controller will allow the creation of cross-pool private networks: this type of private network won't only be pool wide but will connect all the hosts of different pools together in an isolated network.

When designing this new feature, 2 topologies came to mind:

In order not to have too much workload put on a single host, and to build upon the existing design (and because it is a beautiful image), the choice has been towards the star of stars. Also with this design, only the star-centers of the private networks are aware they are in a meta cross-pool private network. All the other hosts behave like they're in a pool-wide private network. 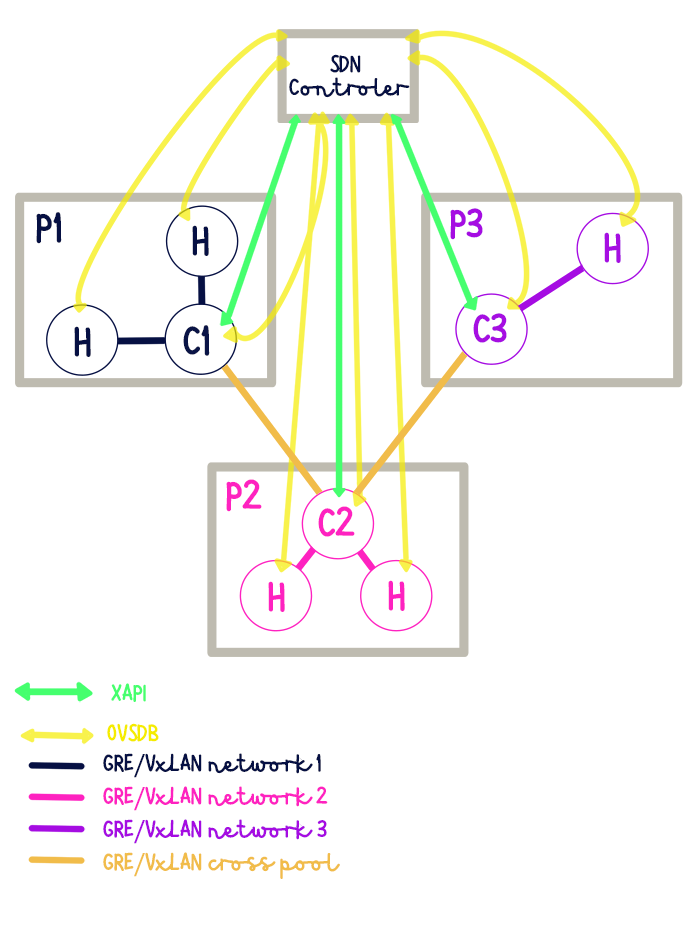 Essentially, this is a lot like a pool-wide private network, the SDN Controller monitors all the hosts and PIFs.

Here are 2 notable events that require changes in the cross-pool private network:

Next step is adding encryption. And guess what: our initial tests are promising! We'll probably have encrypted IPSEC tunnels relatively soon, allowing all your traffic to flow even on insure networks.