In the Xen Orchestra proxies, we have improved this situation and implemented a new feature giving us the ability to continue a merge after an interruption.

Currently, this option is only available in the XO Proxy as proxies benefits from the most recent backup code we are currently working on. This will soon be available in Xen Orchestra Appliance also.

A new panel is available in the advanced section of the pages for your hosts allowing you to manage your host certificates and to install new ones. 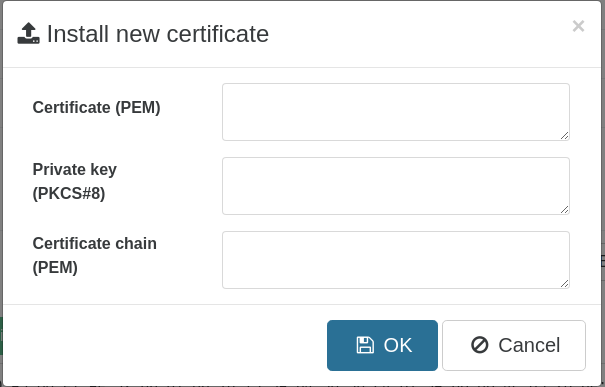 This feature will allow you to use hyperthreading with extra bits of security, in particular regarding side channel attacks (as Spectre, Meltdown, Fallout...).

Allow self users to set network

Self services users are now allowed to set a network if the said network is within the resources allocated to this user.

We will now display the current (old) version currently installed in your infrastructure when informing you about available updates for Xen Orchestra.

We added the ability to edit the http proxy configuration after a proxy deployment (and not only during the initial deployment).