This is a relatively big new release: massive improvement in Backup-ng, but not only. Discover what's new!

Backup is still a priority for us. That's why, since we started to redesign it, we are pushing new exciting features.

NodeJS is by design working on a single process (due to the event loop). That's perfect for high I/O, but could be a bottle neck for some CPU intensive tasks. That's why backup-ng is now able to merge VHD in a separate worker (process). Number of worker spawned is equal to the number of XOA vCPUs - 1 (1 vCPU left for main process). In the end, your XOA will deliver faster delta backup!

Note this is just a start, more "features" will live in a worker in the future. It means more performances with more vCPUs usage! 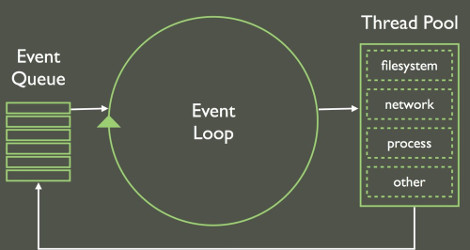 You can now remove an existing backup directly in the UI for backup-ng! Even if you use a delta and remove an entry in the middle of the chain, we'll automatically merge to the previous delta and then destroy the file. 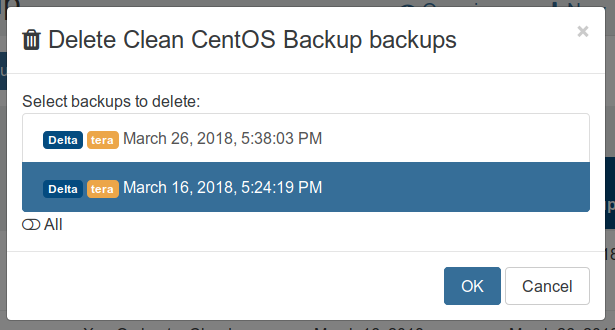 Also in backup-ng, restoring a delta is now a LOT faster. Let's imagine you have a daily delta backup, with a retention of 14. Before our change, restoring the latest backup will require to:

With our synthetic restore, it will "recreate" in live the correct backup and send only the right data, at once! 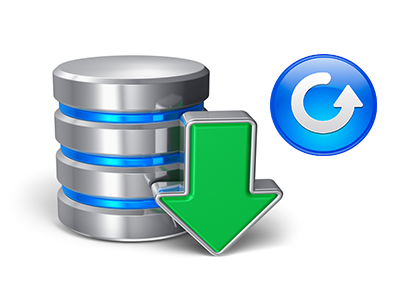 Still in backup-ng, you can add more schedule per job (ie: daily and weekly schedule for the same job). If you try to update while a backup job is running, you'll be notified (and you can chose what to do). This is something we wanted to do a long time ago, but this was possible recently because of the backend improvements.

You can migrate your "legacy" backup job to backup-ng with a new icon:

Note: this doesn't actually move the existing legacy backup files on the remote. Backup-ng will use a new folder in the remote to put all the new files. So it's up to you to decide to keep them or remove those old files.

You can now specify both tags to include AND tags to exclude in your smart backup:

Usage report originally reported the Top 3 SRs/VMs/Hosts usage. You can now activate the "extended" report option, to export also the list of all resources, and their evolution since the latest report! 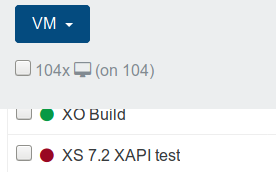 We are currently redesigning the logs to allow more information (and even steps!), for example on backup. This also will lead to have backup-ng compatible with backup report. This should come very soon,at worst for next release, probably a bit before in a patch release.

Another overhaul is in progress: the stats management. It will be more optimized and also lead to display SR stats (IOPS etc.)

Finally, we'll continue to "break down" the backend into smaller pieces (workers) to improve the performance and reactivity, especially for larger infrastructures.

Don't miss the latest news about it: it's now available! 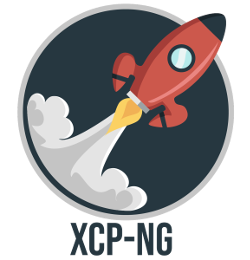