Here is a new set of benchmarks using latest XenServer Beta (Dundee Beta 2), comparing Xen in PV and PVHVM modes[1]. And on a decent hardware (Haswell CPU with AVX2 instructions).

Last benchmarks we made 2 years ago gave roughly +15% boost on PVHVM vs PV for intensive CPU/memory cases. Is it still true? 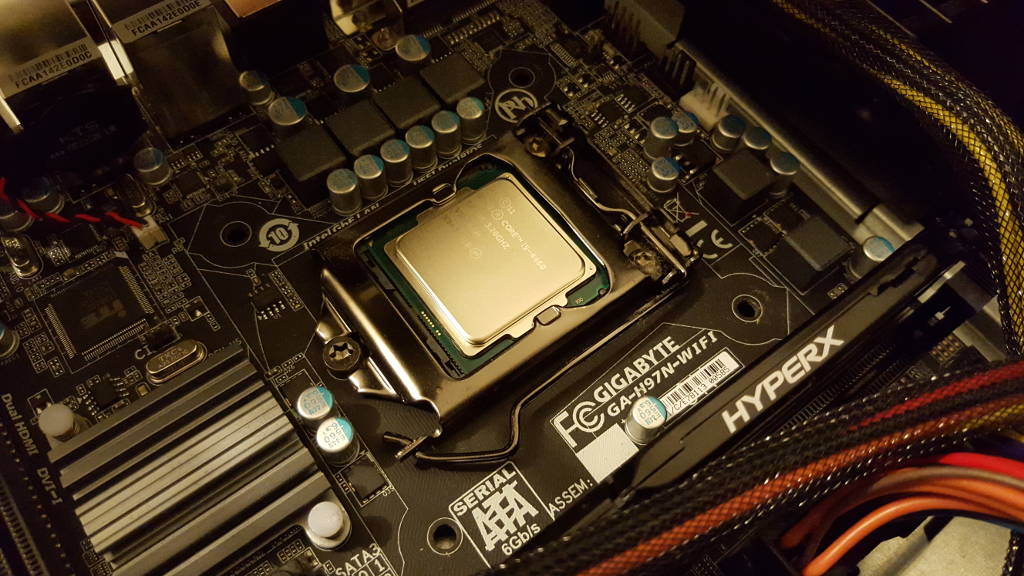 All those results can be found on Phoronix benchmarking website.

OpenSSL is not at all influenced by virtualization mode. It's a draw here!

There is a small difference, around 4% better for PVHVM.

PVHVM first, by a 6% difference.

A visible gap now, PVHVM wins by a large 16% boost.

Now, ladies and gentleman, the real deal: Apache. The number of static pages served during this benchmark:

Can we compare with the previous benchmarks? Not really.

CPUs are not from same generation (Ivy Bridge vs Haswell), but in fact pretty close: see the comparison on Intel ARK.

The main difference is more on software side: XenServer 6.2 vs Dundee beta 2, and a recent Debian distro. RAM, CPU number are the same. Tested software version are slightly different too. That's a too much to compare directly.

But what about the difference between PV and PVHVM between those old benchmarks and the new ones?

Here the chart about the new and the old delta (in %) between PV and PVHVM, on CPU/Memory intensive tasks: 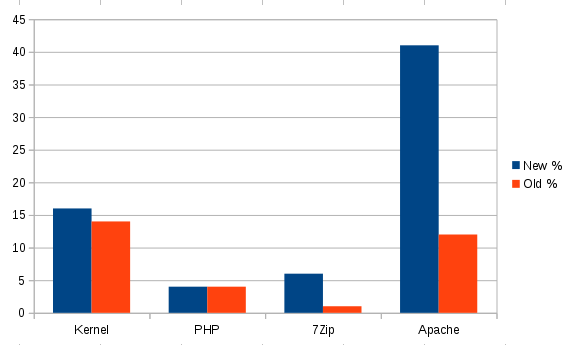 That's not really surprising: new hardware tends to include more and more instructions to assist virtualization. So in fact, the "cost" of virtualization (in terms of performances) is reduced.