This post is a sequel of our load balancing introduction with XenServer.

This time, we'll explore the Xen Orchestra density mode for your XenServer hosts. But why green IT? Because we are about to shutdown your useless hosts "on the fly" with our new load balancing mode! 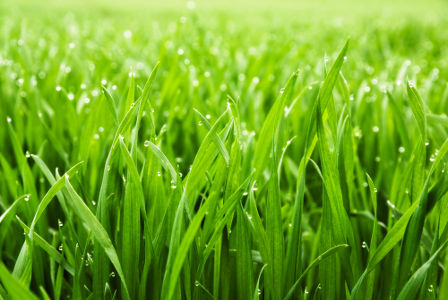 The goal of density mode is to detect XenServer hosts with a very small CPU load. You can set a custom threshold, by default it's an 10% average on all your CPUs.

For all hosts under this level, we'll choose the one with less memory usage, to migrate its VMs on either:

This way, we'll "empty" the maximum number of XenServer machines. Of course, we'll avoid to saturate hosts with a heavy CPU load: we made a projection/estimation of CPU load impact on the targeted host.

And if you empty a XenServer host which has wake on LAN support, guess what? We can halt it!

Let's take a simple example: we have 3 XenServer hosts with their VMs:

Step 2: The load balancer detects low CPU usage on both Host 2 and 3. VMs are migrated to Host 1 (Pool master)

Step 3: Host 2 and 3 are empty, thus halted by the load balancer. They will be restarted if we switch in performance mode (or manually if density is just disabled) 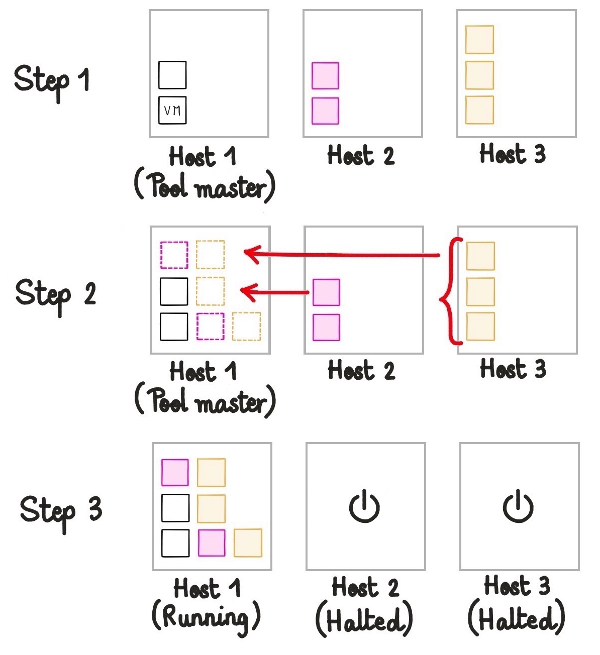 Why density only half of the day? Our load balancing feature can be triggered on schedule, it means if you don't need too much CPU power during the night, just activate density mode from 7PM to 7AM.

And for 1 year? Using official figures for commercial use and the average within US (0.0998 $/kWh), it means $700 saved, only on a very small infrastructure like this (3 hosts!). We could also count weekends to raise the total.

The density mode is already available, but the scheduler will be released soon, allowing you to switch from "performance" to "density" automatically when needed.

See you soon for other exciting stuff coming in Xen Orchestra!