⚠️
Citrix Hypervisor 8.1 is now End of Life (EOL). You can however download XCP-ng instead, providing a 100% compatibility with all features for free.

Citrix Hypervisor 8.1 has been available for a few weeks, and Xen Orchestra is fully compatible with it. If you are a CH user, you can proceed to upgrade to this latest version of the hypervisor and still enjoy all the features available in XOA.

The official and complete changelog is available here. As usual, here is a recap of the biggest features of this version.

In CH 8.0, UEFI boot for Windows VMs was an experimental feature. It's now fully integrated in CH 8.1.
In addition, for any OS that can support it, Secure Boot is also an available option. Secure Boot is designed to prevent unsigned, incorrectly signed or modified binaries from being executed during boot.

The official changelog only states Windows VMs for Secure Boot, but it's suppose to be supported in Ubuntu as well. We didn't test this however.

There is a new checksum algorithm in Citrix Hypervisor 8.1 allowing faster imports and exports of VMs using XVA format.
The increase in performance depends on the hardware you use. The larger the VM the larger the performance improvement seen.

The following CPUs are now supported in CH 8.1

This information is NOT in the official changelog.

The support for VSS has been removed from CH 8.1.
VSS support was not a perfectly working feature as it had a lot of issues when you were not using Windows' VMs installed with the English Language.

This is particularly annoying regarding backup of Active directory or Windows' DB backup. We are currently working on an innovative solution to overcome this limitation. Stay tuned! 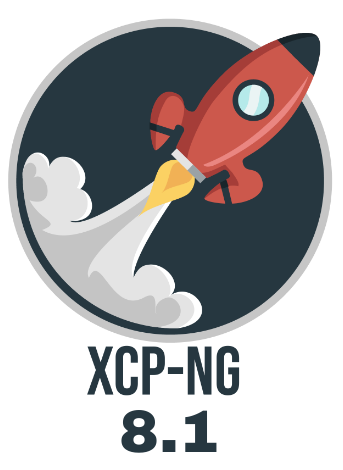 We have been working on XCP-ng 8.1 since the release of Citrix Hypervisor 8.1. A beta version should be available very soon - if you don't want to miss any news, don't forget to follow us on Twitter and to stay tuned on our XCP-ng Blog!