This article is about creating a Storage Repository directly in Xen Orchestra, without any CLI command or without using XenCenter. I have to say, I personally awaited this feature for my own usage. Also, that's the first one released by Fabrice, our new developer!

As usual, we wanted to expose this feature in a few clicks. It's not that easy to implement, because there is a lot a specific stuff between different storage technologies.

Here is a video showing the complete process, from the Home page to the Storage view freshly created:

We support those SR types (more to come):

We also have to deal with "edge cases". What if:

Good news: we managed to deal with that.

Case number 1: the SR already exists! You'll see a message with a red button, linked directly to your current SR. And you can't overwrite it (thus Create button is disabled)

Case number 2: the SR was previously attached to a XenServer host. We can detect it. In this case, you have two choices: reattach the SR or overwrite it if you want to start from scratch. You'll have a warning message:

Case number 3: Same than the previous one, but this time, just click on OK!

Creating SR is a thing. But remove them is another! That's why we also introduced new actions in a SR view:

Should be released in the same time than the 3.7, so in theory... tomorrow! 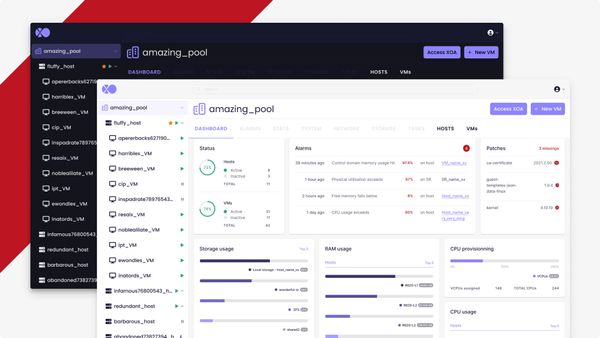