UPDATE 2: now it's time for even better: continuous incremental backup!

Few days ago, we released the 4.2 version of Xen Orchestra, the web interface for XenServer.

One of the feature was the Scheduler for rolling snapshots. It means:

But snapshots aren't "real" backup: if you lose your storage or your XenServer host, you lose everything. The goal was more to allow easy rollbacks, like a "time machine". 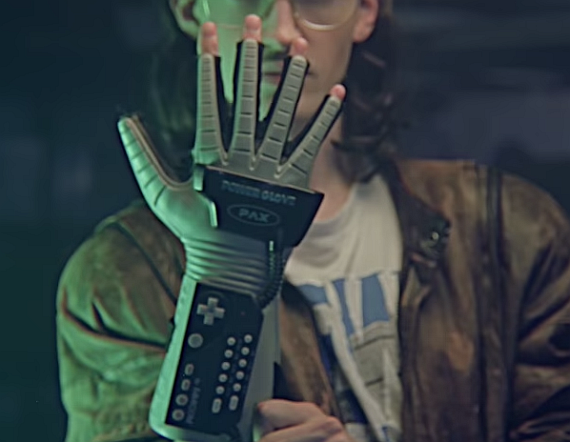 Our first intention is to provide a way to export all the data needed to restore a VM from scratch, even on a brand new XenServer infrastructure. That's a clear step toward Disaster Recovery.

That's why we'll use the XVA format in the first place: it contains all the VM metadata (name, RAM, vCPUs, networks, disk configuration...) + all the VM data (disks). And by compressing by default, the file size will be at worst of the currently used disk space, not more.

And because we can export to a remote share (NFS), even if your complete infrastructure is destroyed, you can restore everything by a simple VM import!

In order to achieve this goal, you need two things:

This was the trivial part: we are using the previous mechanism for snapshots. This view is accessible in the "Schedule" section: 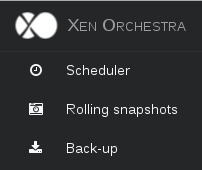 Example with a daily VM export (as seen in the screenshot below): 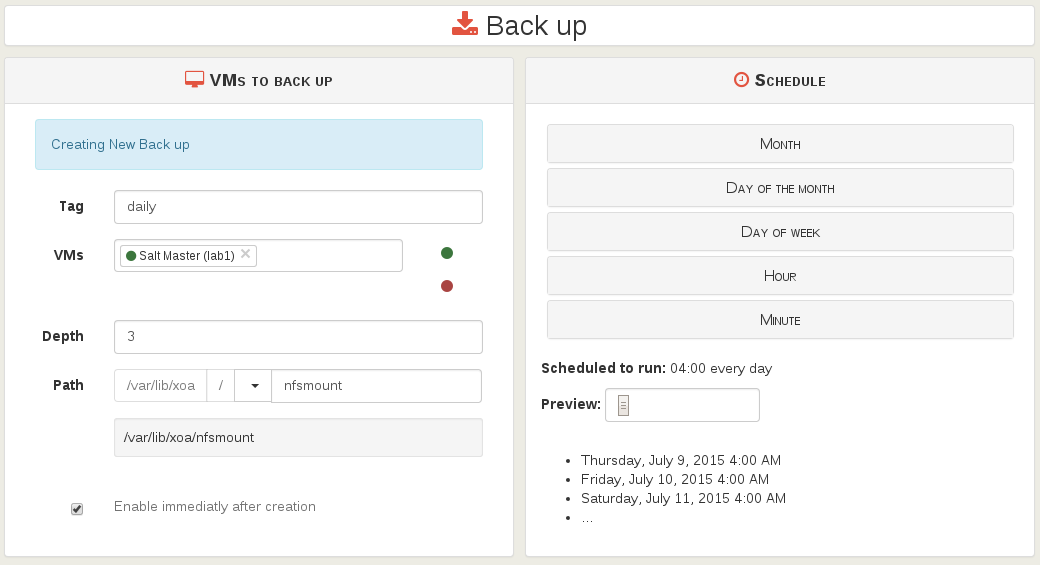 Because fully exported VMs can be massive, we need to choose where we want to do it. And the next release of Xen Orchestra will have a mount point manager, allowing to mount directly within the web interface:

That's the first options available for the 4.3 when it's out, but we could add more possibilities later (SMB for example, SSHFS maybe?). Popular demand will drive this.

Stay tuned for the new 4.3 release this month :)